Why is the Education System So Bad in the US? 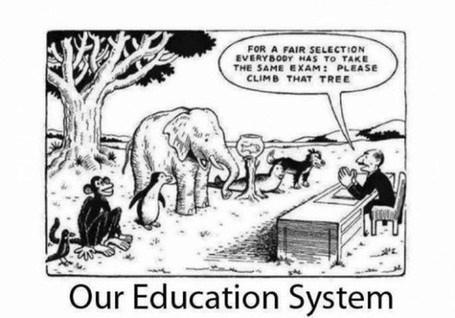 The education system in the US is flawed for several reasons. One is that low-income students perform worse on tests than more affluent students. Another is that funding is a problem. And yet another is that there are very few opportunities for racial and ethnic minorities.

The disparity in education between low-income and affluent students is rooted in the way school funding is allocated by districts. In the early 20th century, states tried to make this more equitable by providing grants to districts. But, these efforts did not go far enough. Wealthier districts tended to spend more money to educate their students.

There is a gap in school funding between students from affluent and low-income families. States providing more money to schools can’t always make up for the difference, and the results are not always positive. However, it is possible to reduce this inequality and make students of lower-income backgrounds more successful.

Funding is an issue

Funding is a major issue in the US education system. Public schools are funded through property taxes, which are distributed to school districts. The funding is targeted toward low-income students. However, states differ in the amount they invest in education, and some states spend more than others. States with the highest levels of education funding spend about three times as much as those with the lowest levels. In addition, wealthier districts have higher school spending than poorer districts. 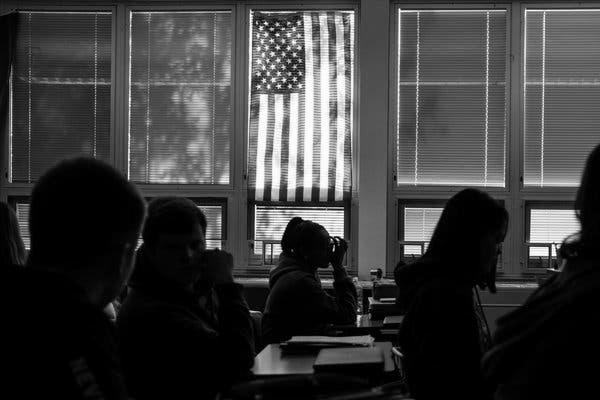 While schools in low-income neighborhoods have fewer resources, the school systems in wealthy neighborhoods have more funds. This can lead to perverse incentives and uneven outcomes. Unfortunately, this funding system leaves low-income and minority schools at a disadvantage. Even if additional state funding is available, it is insufficient to compensate for the disparity in funding levels.

Federal funds for education are split between “categorical” programs and local school districts. While the federal government contributes about eight percent of its budget to education, that figure is much lower than what’s needed to provide a quality education to all children. Even more glaring is the fact that only a fraction of these dollars are directed to special education.

As a result, states and local governments must take action to address inequities. This has become increasingly important as state school finance litigation has made the nation aware of fiscal equity. Funding must be targeted at the reforms that matter most, and policies and practices should support the equal distribution of core educational services.

State funding for public schools is the largest part of the education budget. The state contributes about 48 percent, while local contributions make up 44 percent. Federal funding is eight percent, and focuses on grants to specific programs and services.

Lack of opportunities for racial and ethnic minorities

Racial and ethnic minorities in the US education systems face many challenges, and this inequality is a cause for concern. Students from racial and ethnic minority backgrounds are disproportionately affected by school violence, suspensions, and expulsions. Many are unable to return to school after being suspended or expelled. Moreover, their graduation rate is lower than those of white students.

Racial and ethnic minority students are often disadvantaged by poverty. Research has shown that the intersection of poverty and minority status in schools affects students’ access to quality education. According to one study, students who attended high-poverty schools had lower access to college-prep courses and fewer science and math courses. Further, high-poverty schools are typically predominantly Black or Hispanic.

Teachers and administrators from minority backgrounds make up a much smaller share of the teaching force in the US education system than white teachers. While the proportion of minority teachers has increased over the past few decades, it has not kept pace with the increase in racial diversity among students. In fact, minority teachers represent only 8% of the teaching workforce in the US, according to the National Center for Education Statistics. 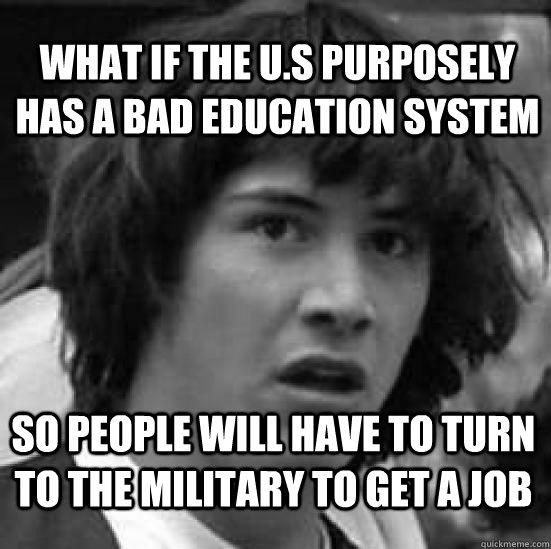 A diverse workforce is a better and more diverse workplace. A diverse classroom environment is not only more attractive for potential employers, but it also helps students develop their worldview and prepare them for the real world. Diversity in education improves students’ chances of achieving success in a globalized workplace.

Normative testing is a method of comparing student scores to those of peers. For example, when a school administers a test, it will create norms that represent the average student score from that region. Typically, the norms will be comprised of approximately 20 percent to 30 percent of the student population. This means that students in the lowest-income and minority student groups may be under-represented in gifted and advanced learning programs or receive poor academic outcomes.

Normative tests measure basic skills and knowledge, and are used for many purposes in the US education system. They can be used to evaluate academic progress, determine whether a student should receive a grade promotion, identify needs for extra academic support, or even identify specific learning disabilities. Normative tests are typically multiple-choice, which means that they measure rote learning rather than higher-order thinking.

Normative tests provide teachers with a benchmark for comparing students’ scores with the norms of other students in the same grade and class. They also allow teachers to understand how their students compare to students from other schools, grades, or cultures. It allows them to better understand how to teach specific subjects and to determine which students need remediation or typical instruction.

Normative tests are relatively inexpensive to develop, easy to administer, and are extremely reliable. However, many schools have abandoned them in favor of criterion-referenced tests. Despite their simplicity and low cost, norm-referenced tests can be extremely valuable in determining how well a student is learning.

Criterion-referenced high school graduation exams are being implemented in almost two-thirds of the US education system. Each test requires students to have at least one high fixed score that is adequate for university or college admission. While some states have high pass rates, others have very low pass rates. Alfie Kohn opposes such tests.

While the US education system is becoming increasingly ethnically diverse, racial disparities in funding, resources, and educational outcomes persist, with major societal consequences. For example, students from minority and poor backgrounds tend to graduate from school with lower human capital, and they have lower lifetime earnings. The impact of these inequalities is magnified for young people of color.

In fact, the percentage of American school-age children living in poverty increased by 40 percent between 2000 and 2012. This meant that one in five students lived in poverty. However, the poverty rate has decreased from 21 percent in 2010 to 18 percent in 2017. There are still 13 million children under the age of 18 living in poor families in the U.S.

These disparities have been exacerbated by inequitable school finance systems. Minority and poor-income students live in areas with the lowest capacity to finance public education. Furthermore, many economically disadvantaged students live in property-poor urban districts. As a result, schools in these districts have less resources than those in neighboring suburban districts.

In the 1980s, the educational gap between poor and rich children began to become more visible. At the time, there was a 90-point gap between the poorest and richest 10 percent of students. Today, this gap is even wider: the wealthiest families can afford to send their children to a prestigious private school, while the poorest do not have the resources to do so. But in recent decades, efforts to make schooling more equitable have paid off. For example, the scores of children on national tests like the Scholastic Aptitude Test and the National Achievement Test have increased significantly.

The US education system is facing a shortage of teachers, and it is particularly acute in schools serving the poorest populations. There are several steps that can be taken to improve the situation. Among the first steps, we can equalize resources.

The Vagishwari World School is aimed at creating a child’s second home and is dedicated to providing the highest quality of education in a fun, exciting environment. Its curriculum is designed to foster creativity and develop personal qualities, preparing students for life beyond the school.

Children experience the school as an extended family, full of familiar faces and a friendly, welcoming atmosphere. They are encouraged to express their feelings and share their thoughts and feelings and they feel comfortable with the teachers and staff. They are given the opportunity to explore new subjects and meet new friends.

Institutions are a place where no religion or caste matters

Article 29 of the Constitution of India makes it clear that no educational institution, whether state-maintained or private, can discriminate against a citizen based on religion, caste or race. The article states that ‘no caste or religion matters in an institution of higher learning’.

Around the world, children are denied the right to a quality education. Poverty remains one of the biggest barriers. Children from poor households, countries undergoing political and economic instability, children from ethnic minorities, and children with disabilities all face obstacles in obtaining an education. Children also face barriers to learning due to poor infrastructure and inadequate education materials. 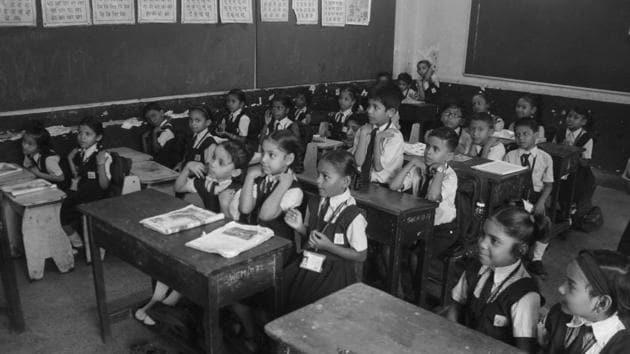 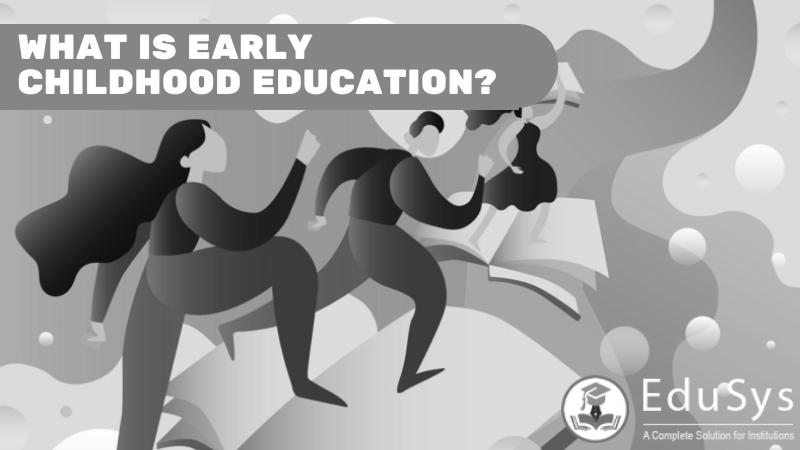 Half Day Or Full Day Preschool
In some cases, choosing half-day care is the right
038 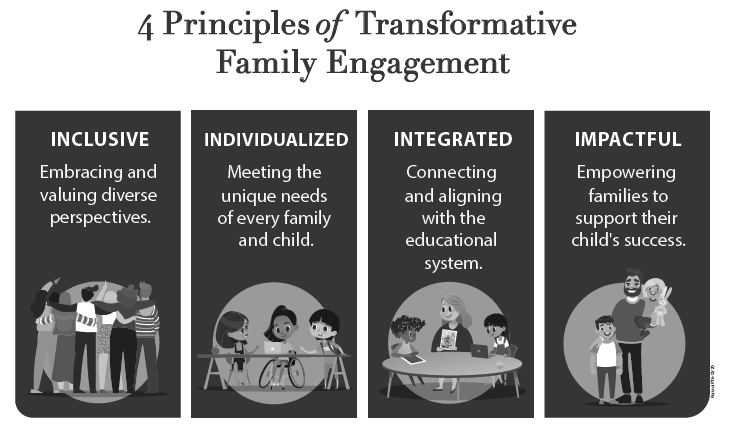 Why is Family Engagement Important in Education?
In many ways, the family is the first and most important
050 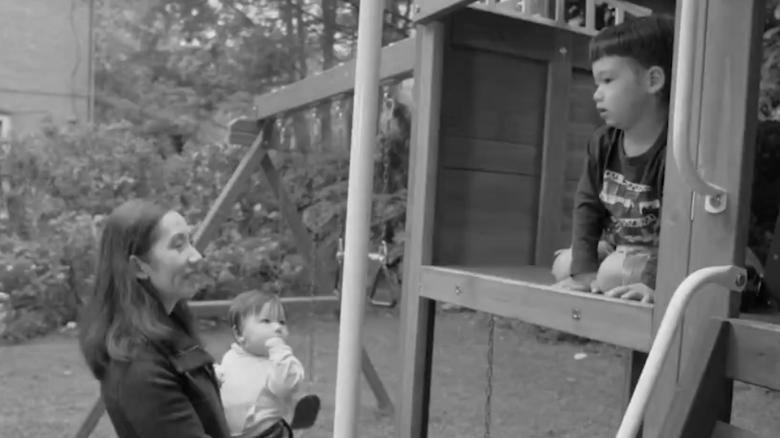 Why Should Parents Send Their Children to a Top School?
Top schools in India offer more than just academic
017 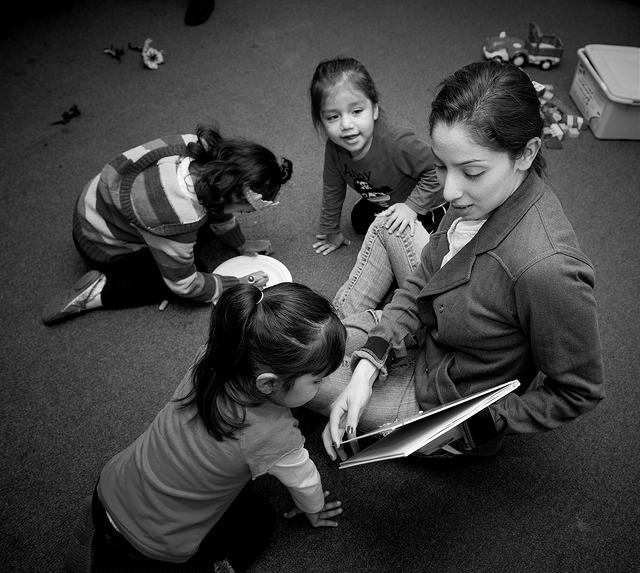 Why Does Preschool Make a Difference in a Child’s Education?
If you’ve ever wondered, «Why does preschool
058 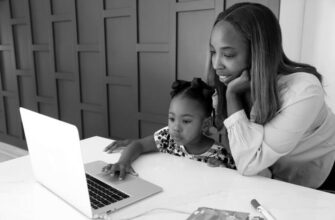 Can a Child Learn More at Home Than in School?
Many parents ask the question, «Can a child learn
021 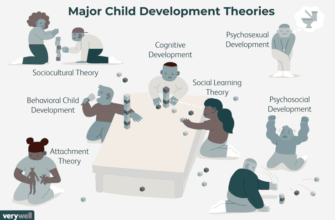